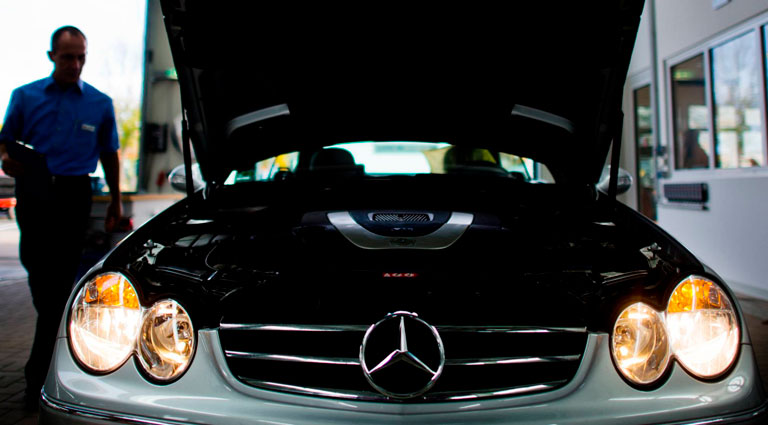 The measure will cost about 220 million euros for the company

The German automotive giant Daimler AG announced Tuesday that it will voluntarily review some three million cars of the Mercedes-Benz brand with diesel engine. This is an unprecedented step in the history of the German automotive consortium. The measure will cost about 220 million euros and involves extending a similar action that began last March, when the group announced that it would review some 274,000 compact cars.

“The public debate over diesel engines is creating uncertainty,” Daimler AG CEO Dieter Zetsche said in a company statement released on Tuesday. “Therefore, we have decided to take additional measures to reassure drivers of diesel vehicles and to build confidence in this technology,” he added.

The decision to revise some three million Mercedes Benz cars is aimed at washing the image of the most emblematic brand in the German automotive industry, but also to avoid raising suspicions about Daimler AG, which is under suspicion of having tampered with One million diesel engines in order to camouflage polluting emissions.

According to a court document, the company would have sold vehicles in Europe and the United States that exceeded the allowable emission limits. After this investigation was published, Daimler executives were summoned by the Ministry of Transport to explain the allegation.

The report was written on the basis of the information gathered by the Stuttgart prosecutor’s office when at the end of May more than a dozen Daimler offices registered. Shortly after the lawsuit, the company said in a statement that it was collaborating with the authorities.

Mercedes Benz is one of three car manufacturers in Germany that is embroiled in the toxic emissions scandal that erupted in September 2015, when US environmental authorities accused Volkswagen of misleading the country’s authorities . The scandal also came to the Porsche and Audi facilities, which are being investigated by the German court.

The engine review announced by Daimler AG will last for one hour and will be completely free for owners. The new Daimler plan also includes a rapid deployment of a new family of diesel engines.