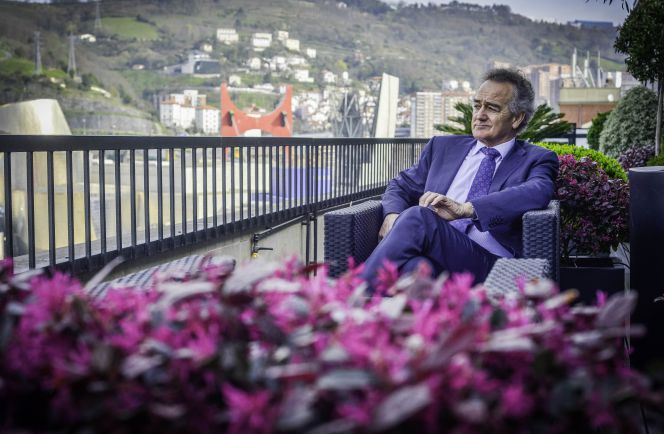 CIE will continue with its plan to buy component companies

CIE Automotive will continue with its strategy of buying companies to cement part of its evolution. Inorganic growth has been part of the group since its inception, when it started with the integration of family companies in the automotive components sector.

Step by step has formed a multinational that in 2016 gained 162.4 million net with sales of 2.879 million and more than 26,000 workers. They are record numbers for the third consecutive year.

CIE plans to raise an additional business of 700 million in automotive and another 300 million through Dominion.

As the debt remains under control, without exceeding the equivalence of twice the Ebitda (gross operating profit), the corporation that presides Antón Pradera continues to have in its roadmap until 2020 the acquisition of industries related to the world of four wheels .

In this way, it plans to integrate new subsidiaries that will bring sales of 1,000 million to the consolidated balance sheet and within the above horizon. That figure includes Dominion’s purchases of more than 50 per cent CIE and focused on the information technology sector, now booming because of the tendency to digitize all the processes of the factories. Thus, CIE plans to capture an additional business of 700 million in automotive and another 300 million through Dominion.

In 2016, the corporation closed half a dozen inorganic operations, to 50% between the automotive and digital businesses. For the components, Pradera and his team bought the Basque company Amaya Tellería for 155 million, a figure that includes the assumption of debts for 13 million. Payment will be completed during this first quarter, with the payment of 30 million.

Another important acquisition of the previous year was Bill Forge of India. An investment of 178 million that included the cash payment to the previous shareholders. With 2017 started, CIE was reinforced in the United States (USA) with the company Newcor. An operation valued at 100 million that contributed to the group based in Bilbao the three factories of its new subsidiary in Michigan, which invoices 150 million dollars a year, more than 140 million euros at the current exchange rate. Now, CIE has five plants in the US.

If sales of 2016 grew 8% by the organic pace of the business, the consolidation of Amaya Tellería and Bilford, in the part that corresponded them of the exercise, supposed a contribution of 4%. Its inclusion in the balance sheet throughout 2017 will raise that percentage, as you can expect.

In any case, the new subsidiaries were already noticed in the 2016 accounts. Of the 7% growth in CIE turnover in the Nafta area, 2% corresponded to Amaya Tellería and another 5% came from the factory network that the group Already had in 2015. In Brazil, the Basque investee accounted for 6% of a 15% increase in sales. And in the EU market, the presence of the Ermua company was higher in percentage. If CIE grew by 5% in the community level, a mature market with an evolution of two digits, Amaya Tellería represented almost all that advance, since it accounted for the majority, 4%.

It should be taken into account that the purchase of this investee was closed in August of last year, with only four months of consolidation in the CIE balance sheet, so that the incidence mentioned in the accounts for the current year .

The Basque multinational’s own evolution has advanced the goals set for 2020, when it wanted to double the net profits of 2015 to gain 260 million. This result will be achieved in 2019, as both Antón Pradera and the CEO, Jesús María Herrera, have reiterated.

This strategy also includes organic growth, 7% more by 2020. In order to sustain that achievement, the group will undertake 19 green field projects, which involve an industrial investment and an integral character. From the purchase of the land to the building of the factory, purchase of productive equipment and subsequent commissioning.

Many of these initiatives have been implemented by CIE in Mexico because the purchase prices of companies in the sector were boosted by the good progress of the automotive sector in the Aztec country, which has the capacity to assemble five million units a year. Antón Pradera has estimated that this figure is already falling short, due to the level of domestic demand and exports to other countries.

In the field of green fields, CIE will allocate annual investments equivalent to 6% of sales. With the reference of 2016, that number exceeds the level of 172 million.