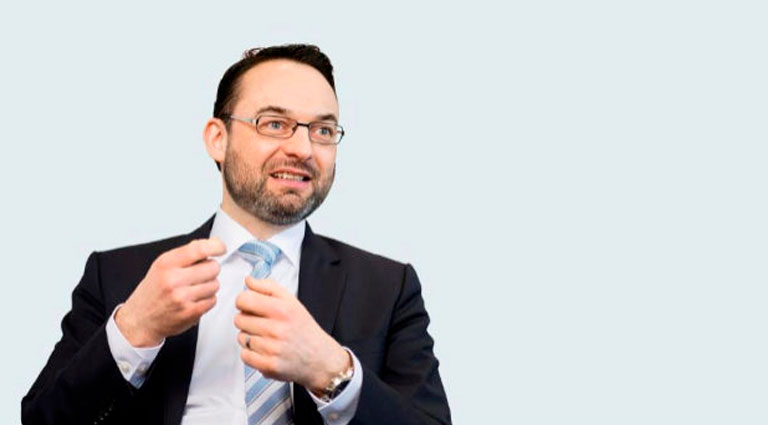 Christian Senger: “Worldwide battery production is insufficient for our purposes”

Christian Senger, director of the electric cars division of the Volkswagen EM Group

In the position since a year, its objective is that VW is leader of electric

For this goal is set as a term, as late, the beginning of the next decade

The future of Volkswagen is electric

For the VW Group in general and for the Volkswagen brand in particular the new platform MEB (Modular Electrical Platform), which is the basis of all future electric cars of the consortium, is of great importance. It is precisely the project led by Christian Senger, a former BMW and Continental engineer, who nine months ago was attracted by the goal of his new company to become the world’s first automobile manufacturer of electric vehicles.

To achieve this he has chosen to design cars that take advantage of the particularities of electric technology. Explain that they have been listening to “the users of the current electric Golf that have made us very simple requests: greater autonomy, lower price and an easier process of recharging the batteries.” The MEB platform is our answer. It is true that the new generation of e-Golf will be able to do 400 kilometers between loads, but maintaining racks and bodies of models with internal combustion engine will make it almost impossible to increase the Number of batteries or adding new technologies in this regard. ”

He denies that the electric strategy is a response to diesel, even though it has coincided in time, since, on the one hand, it indicates the evolution of the increasing demand of these vehicles in China, and on the other, the tightening of emission standards that Will penalize cars with internal combustion engines by imposing that, in the case of the VW Group, between 20% and 25% of their models will be zero emissions.

Senger has started from scratch when making the platform. He admits that there are some components that have been taken from existing models but he speaks of specific solutions because it is necessary to create space for the batteries and to install the electric motor in the back, with all the electronics (reducing the complexity and the costs ). “But the door locks can be from the current range of models,” he jokes.

“We want to democratize the electric mobility”

All this has been done taking into account a goal of low production costs, so he argues that “our main objective is the democratization of electric mobility and make it an affordable good. That is to say that there is no room to use materials in VW Such as the carbon fiber being used by BMW.We will maintain our concept of producing a light vehicle, but mainly using very high stiffness and aluminum steels. ”

When they hit the market they will find a competition headed by General Motors (GM) that has surprised the world at a cost of 142 euros per kilowatt hour for the Opel Ampera-e [Chevrolet Bolt in the US] It should allow them to sell their electric car for just over 30,000 euros (before incentives, when they exist), also suggesting that high production volume (the car will go on sale worldwide) is key. On this topic, Christian Senger explains that VW has “two lines of cost reduction. First of all, it is a matter of simplification: current vehicles, such as e-Golf, as we have already hinted, have limited space to install The MEB platform has a chocolate tablet – which looks like the battery cell assembly – under the passenger compartment that is very easy to integrate. Then it is true, it is very important that we reach large volumes of production and that is why we have set the goal of being the first car manufacturers with a production of more than one million electric vehicles per year by 2020. ”

But he admits there is a supply problem. “If all the companies that currently produce lithium-ion car batteries in the world deliver their production to the VW Group, it would not be enough for us to achieve our goal, which means that we are going to generate value chains and stimulate the industry. Of lithium-ion batteries have a lot of life ahead of them, and they still have a great potential for increasing energy density, and we are now getting an annual increase in density of about 6%.

He admits that the electric car, being in the way of solution the anxiety that created in the drivers their low autonomy, it is necessary to solve the problem of the long times of recharge. Therefore, it recognizes that in the VW Group work on wireless recharging systems that may be available to the user as soon as the first units of this new generation of electric cars reaches the dealers. “When the first units of this new family of electric cars arrive in the market 2020 we will propose a wireless charging system of up to 11 kilowatts per hour, that is, five to six hours to load a model equivalent to e-Golf.”

It assumes that this new generation of electric models is closely related to autonomous driving vehicles, thus ensuring that the design of the MEB platform has taken this technology into account and is therefore ready for the integration of all levels Of autonomous driving. Let’s start with highly-assisted driving systems and then we will gradually develop the technology.