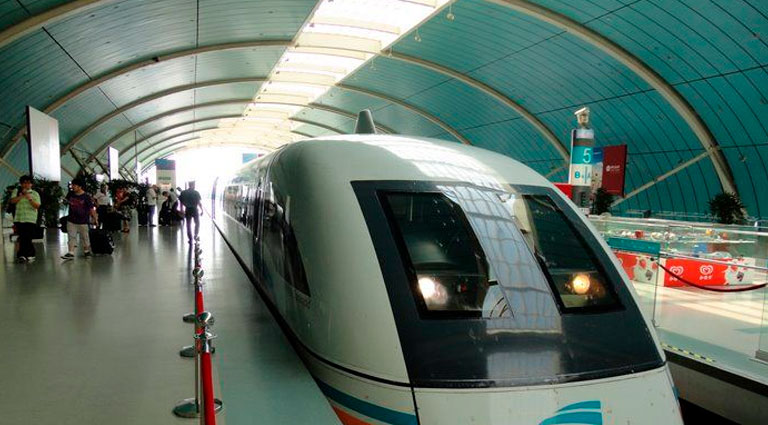 The Asian giant intends to launch a means of transport capable of reaching speeds of between 1,000 and 4,000 kilometers per hour, which would theoretically allow to travel the 1,160 kilometers that separate Beijing from Wuhan in just half an hour.

It seems that the pleasure of contemplating the landscape, reading a good book or enjoying the company during the hours that a train travels will soon be a thing of the past.

The Chinese public company CASIC (China Aerospace Science and Industry Corporation) announced this week that it is developing a train capable of traveling at a minimum of 1,000 and at a maximum of 4,000 kilometers per hour. This would mean not only multiplying the speed of the world’s fastest bullet train by ten, but also quadrupling that of commercial flights and tripling that of sound. In addition, it would surpass the 1,200 kilometers per hour that was marked like objective Hyperloop, a goal that, to date, has not yet been reached in the tests that are being carried out.

This “flying train”, as defined by the signature, would be based on a similar approach to the means of transport devised by Elon Musk. A series of capsules – in which the passengers would be accommodated or the goods would be stacked – would travel through a vacuum tube, although in this case, not in the one of Hyperloop, would be used of the magnetic levitation to reach those speeds of infarction. CASIC has more than 200 patents related to this project and, according to him, its system would be the first in the world designed to withstand supersonic speeds, despite the aspirations of the Tesla CEO.

The plans of the Asian giant are to start offering regional tours at 1,000 kilometers per hour and subsequently to raise to 2,000 to join major capitals. The speeds close to 4,000 kilometers per hour would be reserved for international routes, since China wants to export and implement this model in the countries that are part of its new Silk Road.

The company has indicated that its intention is to involve at least twenty national and international scientists and experts to launch this futuristic transport system, although it has not specified when it intends to materialize its ambitious plans nor has it made known the economic details of the project.

Would it be possible?

Following the announcement of CASIC, many experts have expressed skepticism about the viability of the flying train. On an economic level, they argue that the volume of traffic they could bear would be too small to make as high an investment as this infrastructure would require.

In addition, they argue that the human body is not prepared to submit, either physically or psychologically, at these speeds or could only do so for a very short time. They point out that, in fact, it would be desirable for passengers to undergo some type of specific training, similar to that received by astronauts, before embarking.

In this sense, the designer of this system, Mao Kai, explained to a local media that, in order to make the trip as comfortable and safe as possible, his idea is that the capsules accelerate more slowly than a commercial airplane.