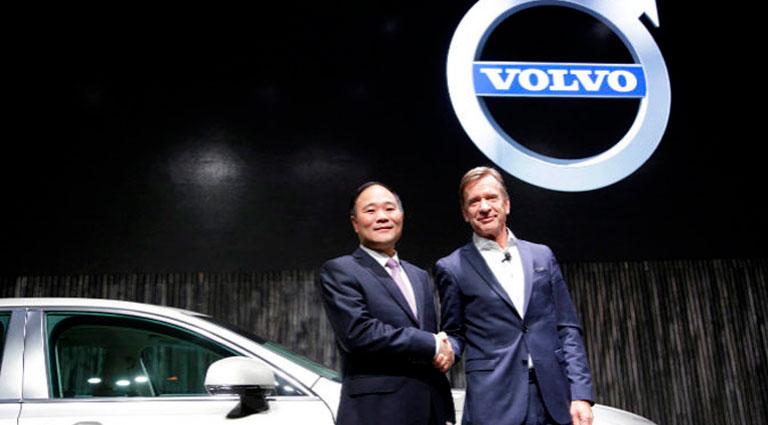 Beijing is encouraging its manufacturers to seek acquisitions in other countries. It will be necessary to see if the good management of Geely, who has obtained a positive performance with Volvo, will motivate other compatriots of his to act.

The example of Volvo is spreading in China, where the government is encouraging its major automakers to try to acquire international brands. This implies a change in the perception of these purchase operations by the Chinese authorities that in 2010, when the Swedish brand, then owned by Ford, was acquired by the Geely Holding Group, although it is not owned by any government , He took his time to approve it.

At present, Volvo Car is a flourishing company, with profits growing at a rate of 25% to almost 500 million euros in the first six months of the year. With factories not only in Sweden and Holland, but also in China and the United States, which should close the decade with one million cars produced, triple what it manufactured at the time of the acquisition.

Volvo has become a center of excellence for the Geely group, in whose reorganization it has collaborated. They have disappeared marks that were used in its origins, like Xiali, under which the first models derived from Daihatsu were sold. It has recently been announced that the Geely brand itself will be able to use Volvo engines while it has acquired a stake in Lyink & Co, the group’s new brand created as a result of the reorganization.

All this has impacted on the Chinese rulers who until now thought their companies could become an international niche. But this has not been the case, despite the presence of some of its manufacturers in the international salons.

Efforts have been unsuccessful and only a few markets in Latin America and Southeast Asia have been receptive to the Chinese product. They are very price sensitive markets and in which there are no environmental requirements and therefore accept models that could not be homologated in developed markets.

The lack of technology to offer cars that meet the latest requirements of emission standards has become a barrier to Chinese product that can be overcome by buying international manufacturers that already have the technology and more direct access to The suppliers of the necessary components.

Of what there is no security is that the example of Li Shufu, the president of the conglomerate Geely has penetrated in the rest of his compatriots. Li left the management of Volvo in the hands of the Swedes – first in those of Stefan Jacoby, who left the post of president by illness, and then in the hands of Hakan Samuelsson – financially backing his plans, duly approved, but without falling into the exaggerated Ford’s cost-cutting policy.

However, according to Automotive News China magazine, manufacturers in that country could have up to 1.5 trillion euros for their purchases, which allows them to opt for many manufacturers around the world. And everything seems to indicate that it is going to be in the United States where they would look for a purchase option.