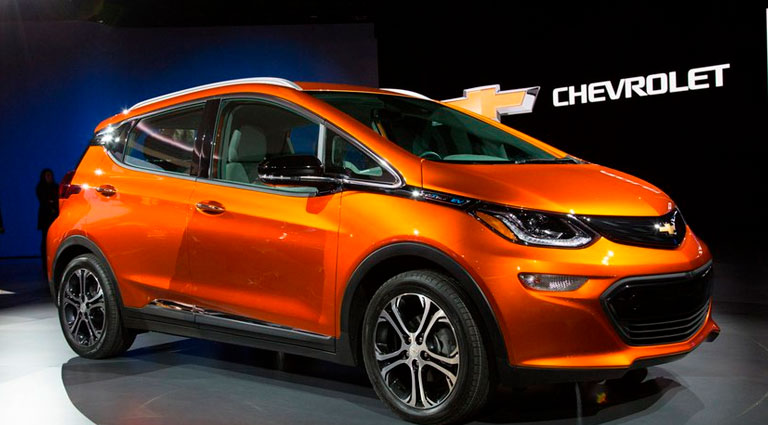 Chevrolet announced that as of today, its electric vehicle Bolt, the model that General Motors (GM) wants to turn into its electric saloon mass-sale, will be available throughout the United States.

Chevrolet began to market the Bolt in December 2016 in a limited way to the states of California and Oregon, and has gradually expanded the number of jurisdictions in which the electric vehicle is for sale.

In late August, when the Bolt was available in 19 states, Chevrolet sold 2,107 units of the model and became the most electric sales in the month ahead of the Toyota Prius Prime plug-in hybrid (1,820 sales) and the Chevrolet Volt (1445).

Chevrolet said in a statement that the Bolt has an initial starting price of $ 37,495, “before the federal tax incentives of up to $ 7,000.”

The Chevy Bolt can travel 455 kilometers without needing to recharge its batteries and its consumption is equivalent to 2 liters per 100 kilometers, according to the measure used by the authorities to compare the energy consumption of electric vehicles.

The Bolt has a 60 kwh battery produced with nickel-rich lithium-ion, centrally placed in the vehicle, which allows it to run at higher temperatures than others. The Bolt also has a simpler and cheaper cooling system.

The Bolt’s propeller is an electric 150 kWh engine, or 200 horsepower, and a 266 lb-ft torque that allows acceleration from 0 to 100 mph in less than 7 seconds.

The Bolt’s top speed is 146 kilometers per hour.