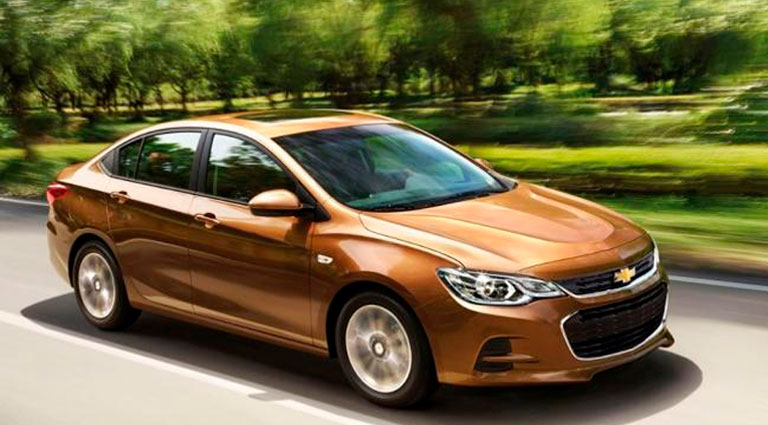 Cavalier, the classic car of the 80’s is back

Chevrolet introduces the upgraded Cavalier sedan, which will begin commercialization from the last week of August for the Mexican market.

The Chevrolet automotive brand announced the return of its Cavalier sedan, which will begin commercialization from the last week of August for the domestic market.

The model is equipped with a 1.5L four-cylinder engine, which coupled to a six-speed automatic transmission generates a horsepower of 107 horsepower and 104 lb-ft of torque. It also has electroassisted steering, auto Stop / Start system and slope assistance.

In its exterior design, the unit presumes its chest where it combines the double grille with chrome edge, characteristic that defines to the vehicles of the mark. It is equipped with halogen headlights, front and rear lights with LED inserts, plus fog light at the rear.

In the most equipped version, it has sunroof, power side and heated side mirrors and 16-inch aluminum wheels.

Inside, the sedan integrates an instrument panel with 3.5-inch color screen, trip computer, as well as audio controls and phone at the wheel from the LT version. The premier equipment includes tire pressure sensor and its seats have leather inserts.

In terms of entertainment, the premier version integrates a seven-inch screen with Chevrolet MyLink, which features a standard audio system that consists of five speakers, a woofer, USB and auxiliary input.

In the most equipped version, Cavalier 2018 has four-wheel disc brakes with ABS, four airbags and rear parking sensors.

“The arrival of Cavalier in our portfolio is one of the most important moments of this year for Chevrolet, because it represents a very attractive alternative for the clients, it is a great opportunity to attract a new generation of families and to complement our participation in the Compact segment, “said Pedro Ruiz, director of marketing for General Motors of Mexico.