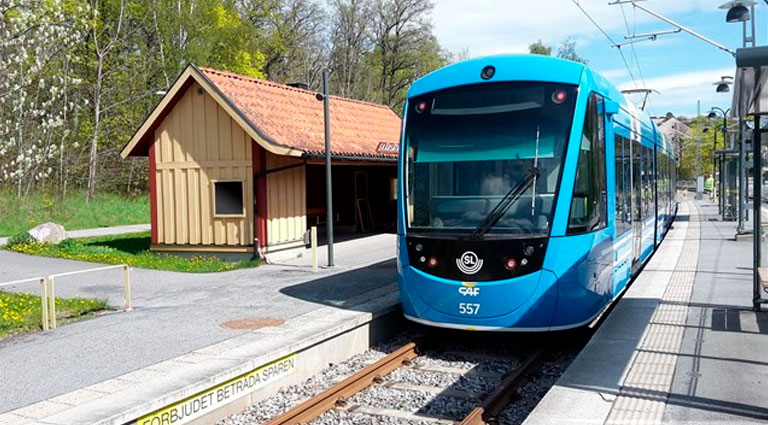 CAF obtained a profit of 16 million until June, an increase of 6.6%

The Construction and Railroad Auxiliary (CAF) group posted a net profit of 15.7 million in the first half, an increase of 4.6% compared to 15.01 million in the same period of the previous year, company.

Net sales increased by 20% compared to the first half of 2016, to € 755 million, thanks to the recovery of industrial activity in the area of ​​vehicles and growth in the area of ​​services. 87% of sales correspond to the foreign market.

The financial result of the company, with 43 million negatives worsened 60% in the period due to the effect of exchange rate differences, mainly due to the greater exposure to changes in the Brazilian real compared to the same period of the previous year.

Net financial debt increased by 20 million euros (+ 8%) in the first half of 2017, to 285 million euros. Without considering the effect of the concessions, the corporate business remains in a positive net cash position.

The order book as of June 30, 2017 amounts to 5,927 million euros, equivalent to 4.5 times the sales of 2016. The bulk of this portfolio is ascribed to the international scope and is distributed in more than 50 countries. In addition, CAF has contracted projects contracted for signature, for an approximate value of 150 million euros (without considering the options contemplated therein). During the month of July 2017, the award to CAF of two of the projects in this situation, which accounted for most of this value, was ratified.

Regional trains for the Northern franchise, cars for the Caledonian Sleepers franchise, both in the United Kingdom, commuter trains for the new line between Mexico D.F. and Toluca, as well as the metro units for Santiago de Chile constitute the main vehicle projects in execution during the first half of the year.