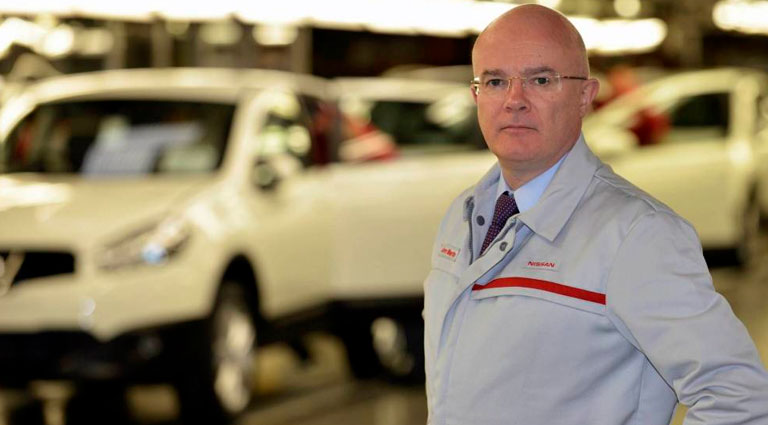 Drivers of one of the 1.7 million cars built in the UK last year are likely to use a power steering system made in Germany; Electronic control systems from Romania; And shock absorbers from Poland.

In fact, more than half of the 30,000 pieces of a car manufactured in the United Kingdom come from other countries. As of June 23 of last year, this was the obvious example of the triumph of the modern supply chain. Now that London is about to leave the EU, it ceases to be a prodigy to become a problem.

The car industry, which employs more than 800,000 people in the UK (170,000 of them in manufacturing), is one of the most important tests on how Brexit will affect British industry. Due to trade rules likely to have to face London, British car exporters could have to pay high tariffs if carmakers fail to produce a higher proportion of parts in the UK.

“The rules of the World Trade Organization (WTO) would imply a 10% tariff on vehicles and an average rate of 4.5% on components,” explains Mike Hawes, CEO of the Society of Motor Manufacturers and Dealers (SMMT), the employer’s industry.

Although the list of suppliers has grown in recent years, British car manufacturers still depend on the EU. This year Nissan invited a large group of international component manufacturers to its headquarters in the northeast of England and made a simple request to them: please come to United Kingdom. After the Brexit referendum, the government had given assurances to the Japanese carmaker that its operations would be salvaged from the worst effects, and the company had responded by committing itself to making its next generation of sports vehicles at its assembly plant in Sunderland ).

Leading executives from Nissan and British Commerce Minister Mark Garnier made themselves available to suppliers to answer possible questions. Other companies like Jaguar Land Rover, Toyota, Vauxhall and Mini of BMW followed the example of Nissan, giving rise to a campaign to reestablish the British supply chain.

In theory, Brexit provides an opportunity to encourage the production of components in the United Kingdom. But if those efforts fail, British car factories could lose much of their competitiveness.

Nissan, which exports 55% of its British production to Europe, has led this campaign to attract new suppliers to the UK. Colin Lawther, Nissan’s Vice President of European Manufacturing, asked a select committee of MPs in February to create a 100 million pound fund to help car manufacturers attract component firms to the UK as they thought That without that investment Sunderland would not be safe.

Uncertainty around Brexit has already had a cost for the motor industry in the UK. According to the SMMT, investment in the automobile sector fell from 2.5 billion pounds in 2015 to 1.660 billion last year, and has dropped to 322 million in the first six months of 2017.

The agency warned last week that UK car production could drop by 10% if London does not enter into a transitional agreement allowing the industry to continue trading with Europe after the Brexit while trading conditions for a trade agreement .

British cars came to use 80% of components manufactured in the country, but the figure fell to just over 30% during the 1990s and early 2000s. However, it has been slowly climbing to 44% this year , According to the Automobile Council, a collaborative project between the Government and the private sector.

But the Brexit has provoked the urgency of this process. Once the UK leaves the EU, it will have to close its own free trade agreements to sell products to other countries without having to pay high tariffs. However, the regulation on “rules of origin” of free trade rules generally stipulates that a certain percentage of car components must come from the country of manufacture. Experts believe that, in the case of the United Kingdom, this could imply that at least half of the elements of the vehicle are of national origin.

According to the European Automotive Suppliers Association (CLEPA), of the 30,000 components that make up modern vehicles, each can contain 30 subcomponents and have gone through 15 countries in its production process. Given that many of the component parts come from abroad, it is very likely that the British percentage of the components of a vehicle is well below 44%.

Thus, cars manufactured in British assembly lines would be subject to the 10% tariffs of the WTO, making their cost much more expensive. The obvious solution would be to force UK car manufacturers to buy from domestic suppliers. But in many cases, the components they need are not available.

For example, Land Rover, with an annual production of around 600,000 vehicles, buys 40% of its materials in Europe. For the recent launch of its 60,000 pound Range Rover Velar, it managed to convince French bumper company Plastic Omnium to settle in the UK, promising to use its components in other models in its range.

But such an agreement can not be reproduced with more complex elements. Many components, from alloy wheels to electronics, are difficult to build on a large scale in a market where vehicle production is less than a third the size of the German market with 6 million cars a year.

In 2014, the British Automobile Council drew up a list of elements of the supply chain that could attract the UK. This included car engine parts, seat components, alloy wheels, headlights, paint, bumper and dashboards. A new government body, the Automobile Investment Organization, was created to attract new factories. The process of picking up suppliers can last from months to years, and usually involves meeting with a government minister, visiting a British car plant and dining in a private room of the Royal Automobile Club in Pall Mall.

So far, the UK has had some success. More than 2 billion pounds have been invested over the last three years, and several components, such as exhaust pipes, have been removed from the list thanks to suppliers who have settled in the country. Trade Minister Mark Garnier believes Britain can continue to attract significant investment after the Brexit. The legal system of the country, as well as the heritage of motor sport and R & D, make it an attractive destination, he says. But Garnier admits Brexit poses a “challenge”: “We can not say that the European issue is not delicate, we would be lying,” adding that Brexit offers “a great opportunity” to rebuild the supply base.

There are many key links in the chain that still lacks UK. Cold stamping, the process that shapes the car parts, is a clear example of the shortcomings of the British supply chain.

According to the Confederation of British Metalforming, in the mid-1970s the industry produced some 500,000 tonnes per year of stamped parts, 60% of which were intended for passenger cars, commercial vehicles and heavy machinery such as excavators. At present, the figure is only 130,000 tons, of which less than 20% goes to cars.

Although smaller parts are still being manufactured in the country, there are no large specialized crankshaft presses for passenger cars. It would not be easy to readapt the British centers that currently work for the aerospace industry, trucks and mining for this purpose.

Another vacuum affects alloy wheels, despite being one of the most popular additions in new cars. The only major producer in the country, Rimstock, works for the luxury market and race cars.

“Manufacturing wheels is fairly straightforward, but it takes a lot of investment to get it right,” explains Rimstock CEO Stephen Lane. For a British plant to supply the general car market would be viable, it would require an investment of 200 million pounds and would have to produce at least two million wheels a year, Lane says.

Rimstock is increasing activity to produce 650,000 wheels per year. But it has no plans to expand the business to the general market. “We have studied the costs,” he explains. “It’s just too much for us.”

Electronics, an increasingly important feature in modern cars using software for features such as driver assistance systems or WiFi, represent a very large hole in the British supply chain. Electronic control units, the brains of the car’s entertainment and navigation system are manufactured in low-cost markets and shipped from there to the world. In Europe, the main assembly point is Romania, where labor costs are much lower than in the UK.

Some parts have to be manufactured locally because they are very heavy. “When a body panel is supplied, you have to be very close, because logistics costs are criminal,” warns Francisco Riberas, CEO of the Spanish stamping company Gestamp. “It has to be done locally.” Gestamp has confirmed a £ 70 million investment in a new plant in the UK shortly after the Brexit referendum.

The need to buy more pieces of British origin has led to a sharp increase in orders for some small businesses. However, others are still reluctant to sell directly to the big car manufacturers, who put a lot of pressure on their suppliers.

The parts arrive at a factory a few hours before being installed in vehicles. In some cases the time margin is reduced to 10 minutes. “If you fail a delivery, the chains stop,” explains the director of a British plant. “You have to stay focused at all times,” he concludes.