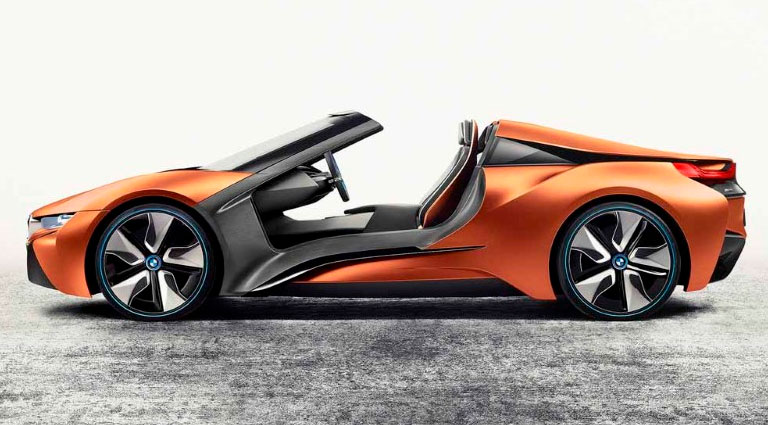 BMW Z4 Concept: advance of the roadster that will arrive in 2018

Anticipation of the new generation of two-seater that will arrive in 2018, with an image close to the definitive one.

The first official images of the future roadster of the Bavarian brand are already a reality. Defined as BMW Z4 Concept – and not Z5 – we see an advance of the future design of the new German roadster that we will definitely meet next year. The concept will be at the Pebble Beach Elegance Contest, which takes place this weekend.

From the outset, it features an attractive design with an Energetic Orange tonality and prominent 20-inch two-tone alloy wheels. The roadster has a long battle, a low silhouette and sculpted along with a compact rear.

At the front, the raised position of the LED lights remind us of the Z8. The turn signals point diagonally to the front grille from the top. In addition, the mesh itself inside the grille has been very elaborate, with a vertical orientation reminiscent of mythical models such as the BMW 328 Mille Miglia.

Behind the seats are prominences that stretch in the silhouette of the Z4 Concept and act as anti-rollers. The wheel arches are powerful and bulky, aspect that gives a wider design to the prototype.

BMW highlights the presence of the carbon fiber in the ‘concept’, three large air intakes in the front and the rear exhaust outlets, portent of a powerful propeller under its hood. At the moment, BMW has not given technical details about the future roadster.

Regarding the interior, the model plays with the black tone of the passenger compartment and the orange of the body. It emphasizes the design of the steering wheel and the location of the screens of the instrument panel and the center console, positioned almost at the same height and very close to each other. So much so that they seem to be cohesive.

This is no accident, since BMW wants both screens to work almost as one, making life easier for the driver. By means of a tactile command, the driver can choose which elements to display on the screen. From navigation, playlists or any other feature. To know the driving information, we have the Head-Up Display in the field of vision.

Pebble Beach will serve as a turning point to continue to know more data of the Z4 Concept until you know its design (expected to be very similar to what we see in the images) and definitive characteristics.

Remember that BMW and Toyota are working together in both the development of this model and the future Supra, which will soon receive a new generation.