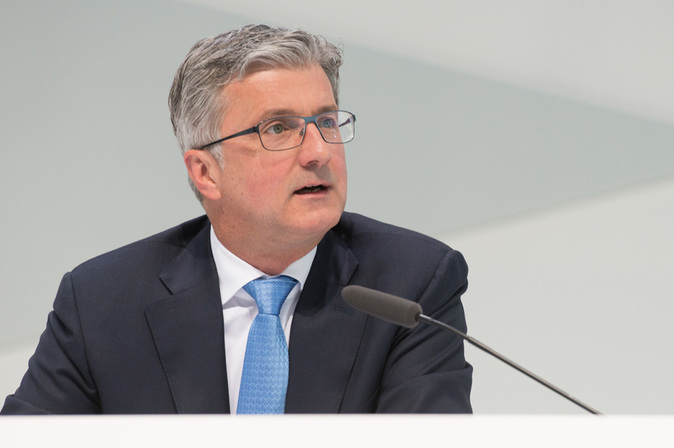 Audi earned 1,985 million euros in fiscal year 2016, which is 52.7% less than last year. The reason is that the show of the four rings has been the most affected by the trucaje of six-cylinder diesel engines in the US that has affected about 80,000 vehicles and have meant provisions of 1,631 million euros.

It should be noted that in fiscal year 2015 Audi only provisioned 228 million euros because the four-cylinder diesel vehicles affected in the US were less numerous than the more than 400,000 Volkswagen brand affected.

In addition to the diselegate, Audi provided € 162 million more for Takata’s defective airbags, which totaled 1,794 million euros in provisions.

Solid position
Audi sold 1.86 million cars in 2016, slightly more than 60,000 units more than in 2015, thanks to which it added € 59,317 million, an increase of 1.53% more than in 2015. Excluding the provisions for dieselgate and airbags of Takata, ebitda was 4.8 billion euros, which means an operating margin on sales of 8.2% that “is within our target of between 8% and 10%”, Said Axel Strotbeck, the brand’s chief financial officer. Operating profit was EUR 3,047 million before taxes after provisions, and the margin on sales decreased to 5.1%. In terms of return on investment (ROI), Audi achieved a 17%, with investments of € 3.4 billion last year, down 2.8%.

However, Strotbek explained that “Audi maintains a strong business position.” As in previous years, we have financed all our operations and strategic investments with our own resources, and we have improved liquidity by 2.1 billion euros. ” Audi closed its net cash position at 31 December 2017, at 17,000 million euros.

However, Strotbek insisted that in addition to having a strategic plan “we will focus on further reducing costs.” He explained that the group has reduced travel costs for its executives by 15% thanks to the use of videoconferencing.

2017 onwards
For this year, Strotbek expects to maintain cash levels but Audi will make an investment effort to adapt to the new times. The firm will launch two new SUVs in 2019 (the Q8 Concept presented in Geneva is one of them, the other is the Q4 that will arrive in 2019) and three electric models in 2020, in addition to the arrival of the Audi A8, an autonomous vehicle Of level 3 that reaches the end of this year and that will be presented the 11 of July in Barcelona in the first Audi Summit.

Audi executive president explained that “in the long term we will reduce our current range more than 40%, which will free us resources for future electrical systems.”

Audi is going to invest in R & D between 6 and 6.5% of its profits, which expects the capex to be lower than in 2016, according to Strotbek.

Diselegate exceeded
Rupert Stadler, explained that Audi has already called for review to 2.3 million cars with the four-cylinder engine trucked. “In the US, Audi has only 14,000 Audi A3 affected in this regard and customers can choose from several options: to be repurchased the car or to undo the lease or fix them.”

As for the six-cylinder TDI engine “in Europe, we have not had any objection to the V6 TDI engine. However, like other manufacturers, we are carrying out a voluntary service action for several models.” The KBA (German Federal Transportation Authority) has approved a plan for 4,700 Audi A6 TDI V6 with Euro V regulations and for 65,000 Audi Q5, A6 and A8 engines with Euro VI standards.

As for the US, Stadler said that more than 75% of affected vehicles are second generation with what can be fixed and only have to buy back 20,000 vehicles. Stadler expects repairs of affected V6 TDIs to begin in July.

And explained that Audi has undergone a deep restructuring following the dieselgate. “We have completely separated the product development functions from those of approvals.” Of the homologation processes “will be commissioned Peter Mertens, new member of the council that will be soon with us”.