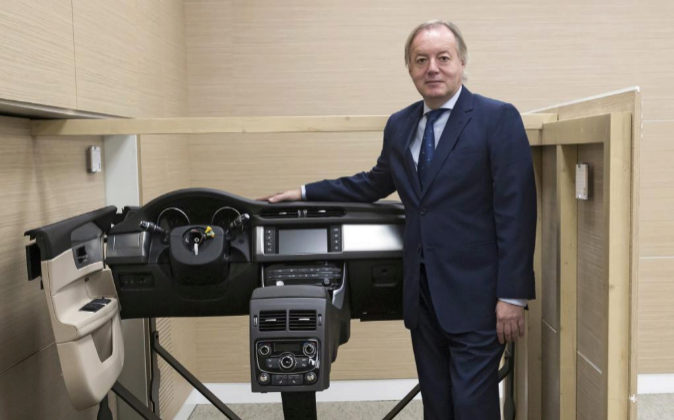 Antolin shoots sales 50% and will invest 380 million this year

The Spanish manufacturer of car components achieved a year-on-year sales of 5,247 million euros, compared to 3,506 million euros the previous year, after completely consolidating the subsidiary of Magna, acquired at the end of 2015.

The figures of the manufacturer controlled by the family Antolin show a radical change in the absorption of the business of Magna, the largest operation in the group’s history, which disbursed close to 500 million euros.

The company has an investment plan in place for the coming years, which will accelerate once it completes the sale of the seating business to the US company Lear for 286 million, an operation announced earlier in the year.

This year will invest 380 million euros, 48% more than in 2016. The United States will take a large part of that money with 100 million, of which 61 will go to a new plant in Michigan, where the group will meet the largest The history of the company in which it is estimated a production that surpasses the 400,000 vehicles annually.

Another relevant investment in the US is the start-up of a new factory in Alabama, with an estimated amount of around 10 million euros.

Antolin will also focus its investing efforts on another key market such as China with new instrument panel installations and reinforce its commercial presence in the Czech Republic to meet the growing demand in this region.

The company plans to invest 900 million euros until 2019 in the opening of up to four factories in the North American country and another in China.

“In addition, during 2016, we consolidated as a platform of growth, innovation and leadership in the manufacture of interiors of the automobile. During the past year we were present in 42 of the 154 launches that took place worldwide, almost one in three , Which places the Antolin Group as an essential supplier of the interior of the car for manufacturers globally, “explains Ernesto Antolin, president of the group.