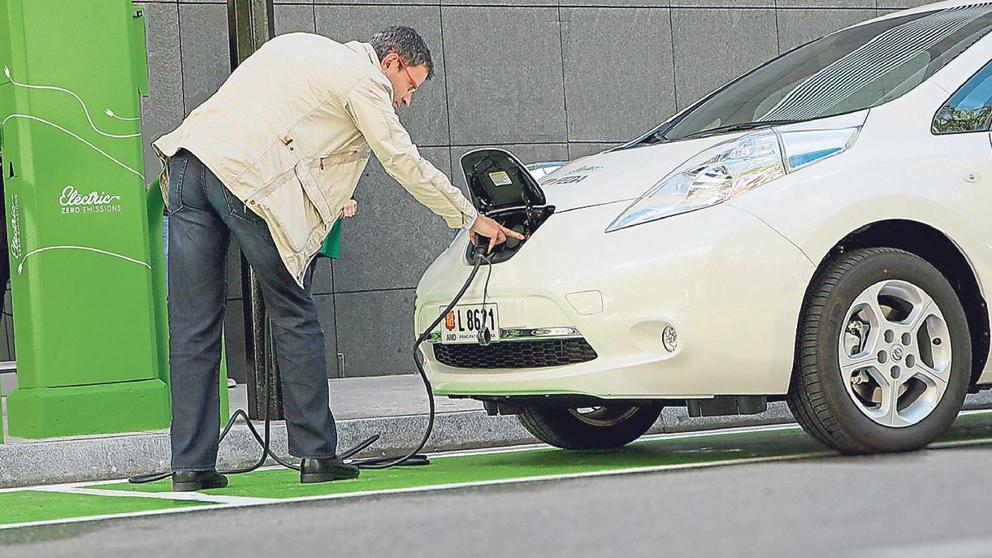 Andorra, the third country in the world with greater presence of electric vehicles

The image of Andorra seems to be predestined to always be linked to the car. That the country of the Pyrenees is only accessible, at least for now, by road, the hobby of the Andorran by high-end cars and queues that any tourist who has often visited the Principality has had to suffer stoically on occasion Have helped to create this link between Andorra and the car.

True to its trajectory, the new trends also reach Andorra on four wheels: in a few years, the Principality has established itself as the third country in the world with greater presence of electric vehicles, behind Norway and Holland.

5% of the vehicles registered in 2016 were electric
The figures for 2016 speak for themselves: 5% of the vehicles registered in Andorra during the past year were electric vehicles. A percentage that is still far from 23% in Norway or 10% in the Netherlands, but significantly exceeds the market share of electric mobility in countries such as France (1.2%), the United Kingdom (1%), , Germany (0.7%) or Spain (0.2%).

The strength of this percentage is even greater if we take into account that the start of electric mobility has occurred over the last year and a half, following the implementation of a program to promote the electric vehicle driven from the Public administration and several private entities. An agreement signed at the end of 2015 between the Government, the seven Comunes, Forces Elèctriques d’Andorra, the electricity distribution companies, the Automobile Club and the Association of Vehicle Importers launched a program of public aid for the purchase of Electric vehicles that subsidizes up to 50% of the cost. The grants were more successful than expected and the first call, designed to last 12 months, sold out in just over 30 days. In 2016, the average subsidy granted for each electric vehicle amounted to 10,016 euros, representing an average of 34% of the total cost of the vehicle.

In addition to direct aid for purchase, the program also includes tax incentives for electric vehicles, authorization to operate on bus lanes, provision of exclusive public parking areas, free access to the Envalira tunnel and a 50% Of the domestic charging points that owners of electric vehicles wish to install in their homes. The commitment to electric mobility is part of a much larger plan. In recent years, Andorra has made the extension of energy sovereignty one of the main objectives of the country. The promotion of renewable energies, which until now have had an almost testimonial presence in the country of the Pyrenees, should allow to increase the own production of electricity, now very limited. But this effort would not be very useful if it were not accompanied by a significant reduction in the consumption of fossil fuels, and this is where the promotion of electric mobility plays a prominent role.

Andorra is the world leader in cargo points
In parallel to the purchase subsidy program implemented by the Andorran Government, electricity distribution companies and the Commons have launched a network of charging points for electric vehicles, which currently total 15 points spread throughout the Andorran geography, From Sant Julià de Lòria to the Pas de la Casa, and that over the next few months will expand with 22 points, up to a total of 35 points of loading.

The Ministry of Environment, Agriculture and Sustainability forecasts that Andorra will have, over the next few years, a fleet of around 500 electric vehicles, a figure that represents a public load point for every 14 vehicles, a ratio that is In the top positions in the world ranking. In fact, Sweden has one public charging point for every 40 vehicles, and France and Norway one for every 100 vehicles.

In summer 2016, a pilot test in the parishes of Andorra la Vella and Escaldes-Engordany served to verify the high degree of acceptance that the electric bicycle has among the population and convinced government officials of the need to implement a system of such characteristics. Although the first phase of implementation of the shared-vehicle plan, this 2017, only provides for the introduction of electric bicycle, a second phase is already being worked out which will also include shared public electric cars. The idea is that the Principality can count on a lot of electric cars that the citizens can use, previous reservation, and that should serve to cover internal displacements longer than those that can be done by bicycle. Changing Habits
The notion of the shared electric car, which represents a conceptual change of 180 degrees in one of the countries with more cars per inhabitant of the world, is the result of the joint reflection on mobility carried out by the Fundació Actua Tech in collaboration with the Massachusetts Institute of Technology (MIT). For over a year, MIT experts have worked together with the people responsible for this Andorran foundation to develop, test and implement mobility alternatives based on sustainability and the introduction of new technologies in the Principality. The joint work of Actua Tech, MIT and the Government is also serving to model a new public transport system with a large presence of new technologies. All this with the aim of reducing the dependence of the private vehicle in a country where most of the trips are carried out in this means of transport and where half of the citizens use the car as drivers every day of the week.