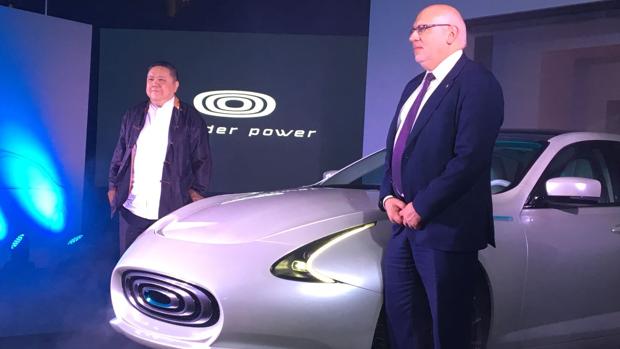 Thunder Power, a technology group based in Hong Kong, has announced that it will invest 80 million euros to open a research center on the electric car in Catalonia, which will create 200 jobs.

The Department of Enterprise and Knowledge of the Generalitat has announced today this investment coinciding with the commercial and institutional mission that the conseller Jordi Baiget is carrying out in China, accompanying 40 Catalan companies.

In a statement, the Generalitat has ensured that the research center, which would be responsible for developing the entire brand internationally, could be operational in 2018.

Thunder Power plans to start manufacturing its first electric vehicle model in China by the end of 2018. In a second phase, the Chinese group plans to also locate in Catalonia a production and distribution plant for Europe in which more than one Thousands of workers, according to the Generalitat, which ensures that Thunder Power sees this community as “the best location” to build this factory.

The announcement was made during the presentation of an advanced prototype of electric vehicle of Thunder Power, in which the group’s CEO Wellen Sham and Jordi Baiget have signed the collaboration agreement that will facilitate the landing of the company in Catalonia .

Baiget said that this project “places Catalonia as a leading country in industrial matters, not only in the automotive industry, but also in industry 4.0 and autonomous and electric driving.”

The research center will focus on areas of engineering such as dynamics, transmission systems, chassis or battery management, as well as advanced technologies such as autonomous and connected.

The investment process of the Chinese multinational in Catalonia has the support of the Generalitat through the area of ​​attraction of foreign investments of the agency ACCIÓ.

The electric model presented today by the Hong Kong group is a high-end vehicle designed in Italy and with European technology and engineering, with a range of 650 kilometers and a maximum speed of 240 kilometers per hour.

As part of its trip to the Asian country, Baiget has also inaugurated the production plant of the automotive company AMES, located in the region of Wuhu, which will involve an investment of 14 million euros, and presented industry opportunities Catalan to investors, companies and institutions in Hong Kong.