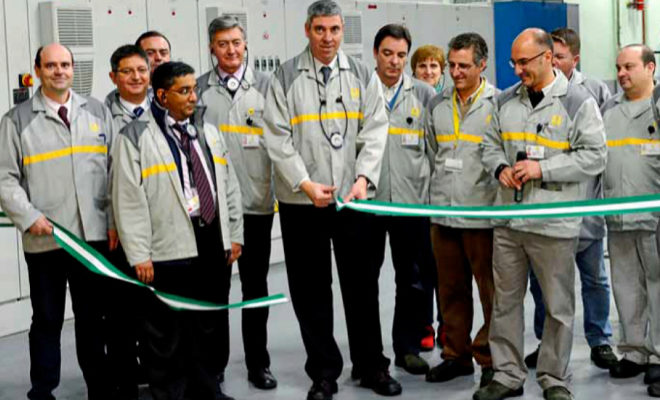 “4.0 factories will continue to be run by humans”

As responsible for all the factories of Renault in the world, José Vicente de los Mozos has imposed an immersion in what are known as production techniques 4.0 to implement them, as quickly as possible, in the centers of the French brand.

For this reason, in late February was a week in Silicon Valley to deepen the system. “It’s really going to be a big change,” he says. “In the first place, it will force us to understand well the great changes in the technique of automobiles that is imposing the new requirements of the customers, and, on the other hand, the platforms that are being created with regard to the forms Of use of the vehicles. Finally, you have to take into account the entrance of the car to the client in the times that had been anticipated.

For De los Mozos, 4.0 is going to mean working in real time. “So far we worked analytically, we studied the data we had and, from them, we calculated what could happen, trying to prevent mishaps.” Now we are going to work in real time. You can check data on the personnel at your disposal, the parts that have to be assembled and the operation of the robots, without having to cross the line to see what is failing. Manage and, in some cases, solve at a distance “.

All this, according to the Spanish executive, will imply an increase in the degree of robotization of the factories. “It will be possible due to the appearance of new types of robots.Today we had a good degree of robotization in the processes of assembly and welding of the body.We have also made great progress in painting works.But now we can count on what we call robots Collaborative, that facilitate the work of the human being by bringing the pieces to the job or helping them in tasks that are difficult to perform, which have poor visibility that the machine can facilitate.

He admits that all this may force new investments in machines and tools, although he believes that “it will be a change that affects the product that will be connected, the machines will also be, but not network, but independently so that Decide when they stop, processes, and, of course, people who, as I said, will work in real time, on the data that occur at any time.

This is all that has gone to look for Silicon Valley. “Many companies are already using artificial intelligence to manage processes and that is what we wanted to see. In Renault factories continue to operate with our standard system, but in some center, such as Valladolid, where tablets are used, and Flins , In France, with the maintenance system, which constitute pilot centers. In the end, gathering the experiences of all pilot centers we will apply our own 4.0 “system.

Despite its commitment, it thinks that the total implementation of the system 4.0 will be long. “Between five and 10 years is what you will need for the autonomous car to arrive.” And it relates the autonomous car because, he says, “we will be obliged to go verifying that all the systems that are going to allow him to handle only in the public thoroughfares work correctly”.

When talking about new robots and increasing their number on the assembly line, the question arises that it will happen to the workers. José Vicente de los Mozos does not hesitate to give the answer: “The 4.0 factories will continue to be human-driven, more competitive and the number of cars produced per worker will be greater. And the concentration of the lines, coupled with the fact that suppliers will have to deliver their components on time, will clear space in our plants to be able to do more, because what is going to happen is that some of our workers will have to go on to develop new functions. “

For De los Mozos, system 4.0 is going to again make necessary the parks of suppliers that assure that delivery always in time, which does not stop to remember the just in time of the years 90. And in this point, the manager of Renault admits that first-tier suppliers could be considered to come to the chain to mount their components in the car if there was a social agreement to do so. “What we want is to reduce production costs and be competitive.”