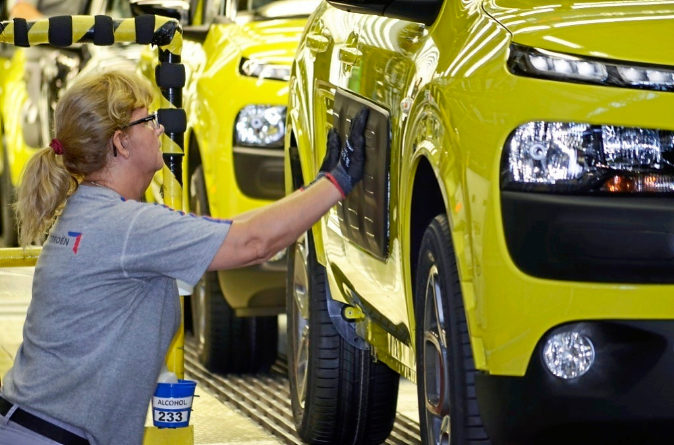 Since its arrival in Spain, the French company has manufactured 11.6 million vehicles. The C4 Cactus is manufactured exclusively in Madrid.

The French brand has manufactured 11.6 million vehicles in Spain since the opening of its factory in Vigo in 1958, after which it would inaugurate its plant in Madrid where they produce models since 1983.

Pablo Rey, general manager of Citröen in Spain and Portugal, indicated that although the Madrid plant will open in 1952, it was not until 1983 when it began to manufacture models.

Currently, Citröen manufactures five vehicles on Spanish soil. In Vigo the C4 Picasso, C4 Gran Picasso, C-Elysée and Berlingo are mounted. For its part, in Madrid is mounted exclusively the C4 Cactus worldwide.

Between the two centers that owns the PSA Group in Spain they manufacture 505,000 vehicles in 2016 and the forecast for this year is “to equal or even exceed last year’s figures”. Of the total of models manufactured in both centers, 362,000 units were Citröen, which represented 32% of world production in 2016 and 34% so far this May.

From the brand stand out that 60% of the vehicles sold in the Spanish market are “made in Spain”, and four of the five models sold worldwide are manufactured in Spanish territory. The director of Communication and Institutional Relations of the PSA Group in Spain and Portugal, José Antonio León, indicated that 84% of the national production is exported to other countries, which highlights the quality of the products.

Citröen has achieved a cumulative production of 1.38 million units of its C4 Picasso and C4 Gran Picasso models at the Vigo plant, with a 89% export; While the production of C4 cactus in Madrid is 246,787 units, with 82% sent to other countries.

The production volume of the Berlingo commercial vehicle at PSA Vigo stands at 2.57 million units, of which 80% have been exported. The C-Elysée has produced 151,467 units in Vigo and 86% have been shipped outside our borders.